Reports of amateur polo being played in Victoria date back to the 19th Century, however it wasn’t until the 1930s when the first incarnation of The Victoria Polo Club Polo was established. It was based at Willows Race Track (now Carnarvon Park), just west of Willows Beach in the Victoria suburb of Oak Bay. At the time, Victoria had three teams, while Esquimalt and Duncan had two each – creating an impressive seven-squad league.

The sport took a hiatus during the Second World War and wasn’t resurrected until 1961, when veterinarians, Drs. Bill and Barbara Powell moved from Vancouver to Saanichton. Bill, an accomplished 3 goal player, decided to establish polo on the Saanich Peninsula, just north of Victoria. After purchasing an ideal location on Puckle Road, the Powells blasted, leveled and seeded the site with imported Bermuda grass. Trees were planted and corrals, a grandstand, stable and tea-making facilities were constructed. After the dust settled, the Powell’s dubbed it “The Vancouver Island Polo Club” and members were attracted immediately, including some players from the pre-war Victoria Polo Club. As matches commenced, spectators were drawn too – some of whom formed a fan club of sorts and delighted in serving tea and cucumber sandwiches after the matches. A history of this period wouldn’t be complete without the mention of Hilda Hale, one of the original “Tea Ladies”. Hilda, who was survivor of a Japanese internment camp and a Governor General’s Awards winner, was a regular fixture at most of these games. During this period, the club hosted teams from Yakima, Portland, Spokane, and Tacoma. Invitations were also sent to and accepted from players in India, Pakistan, and England. 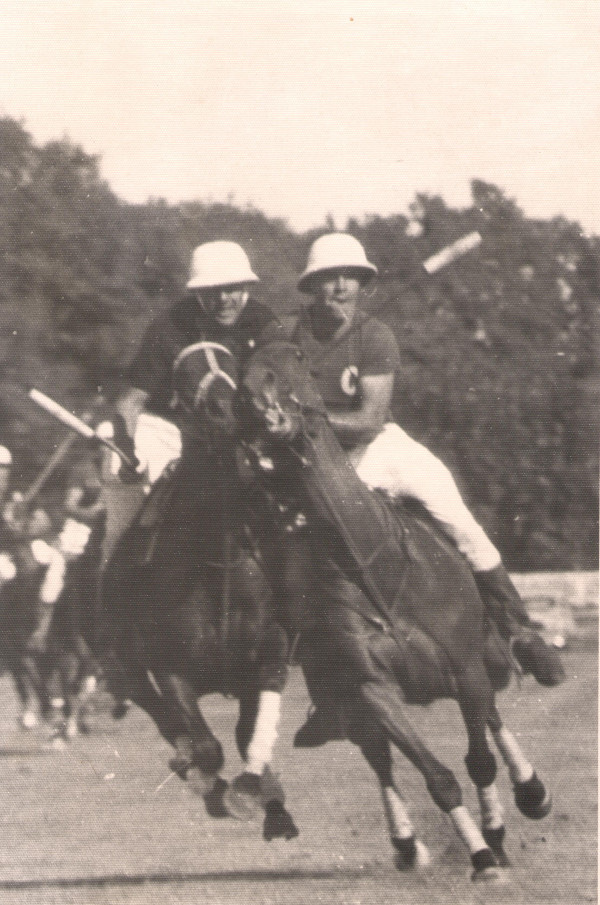 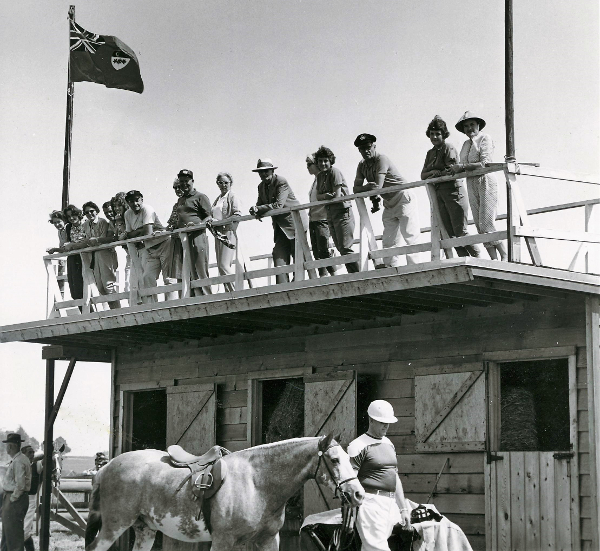 In 1969, the club moved to another locale at the end of Hovey Road in Central Saanich. Adopting the original name, “Victoria Polo Club”, the club swelled to 55 members and international matches regularly drew several hundred spectators. At this stage, the club was run by two other club patriarchs, Tony Yonge and his father-in-law, Captain Basil Parker. “Nip” as he was known, lost his leg in the Second World War and regularly played with a prosthetic strapped to his stirrup leather. Yonge, a 2 goal English expat, was a passionate champion of the sport, club spokesman and mentor to up-and-coming players. He would go on to captain the first Canadian team to visit the UK and continued to play the game locally well into his eighties.

In 1979, polo resumed at the Puckle Road site under the banner of VIPC, where new members, Steve Mann and Gordie Randall got hooked on the sport. In 1992, the pair bought and significantly developed a 20-acre site on Wallace Drive, which elevated the club to another level. Adopting the original name (Victoria Polo Club), they added amenities, the likes of which had never been seen by local members. These included extensive stabling, a practice field, a round pen, an outdoor arena and a modern and spacious clubhouse. The most significant innovation at this new location is likely what’s least apparent: a laser-leveled field. Indeed, a new era had begun.

Polo has been played at the Wallace Drive Field ever since and, in keeping with club history, Canadian and international squads continue to visit. They make the journey, not just to play the sport of kings, but also to enjoy the camaraderie and rich history that this small but irrepressible club has to offer. 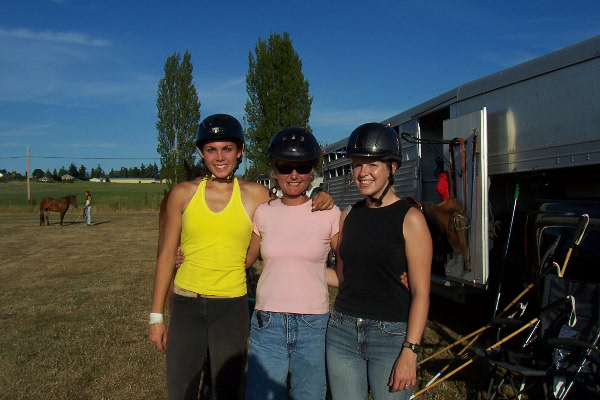 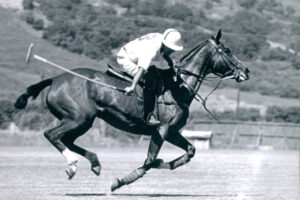 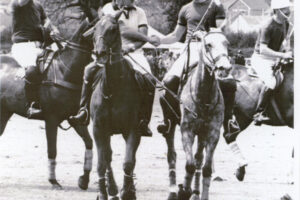 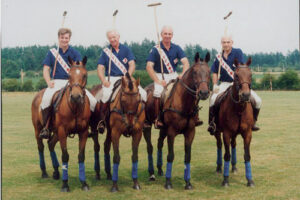