Pull up some grass and enjoy the game!

Our Club was established in 1982 following the amalgamation of the Victoria Polo Club and the Vancouver Island Polo Club, and is proud to continue the long and rich history of polo on Vancouver Island.

A sport that usually evokes images of royalty and Julia Roberts’ hat in ‘Pretty Woman’, polo in Victoria is a more casual family affair that welcomes any and all to enjoy this fast-paced, exciting game, either on the field or as a spectator on the sidelines.

The Victoria Polo Club is a welcoming and diverse group of people of a wide range of ages who have a distinct commonality in that they have all caught the ‘polo bug’ – we warn you now, it’s contagious!

Whether you are keen to enjoy the pace and dynamism of a new team sport or a spectator who wants to learn more about polo and its accompanying international community, get in touch or simply come in and pull up some grass – all are welcome.

We look forward to welcoming you to the Victoria Polo Club!

For more history on polo in Victoria and our Club, click on our history page link below: 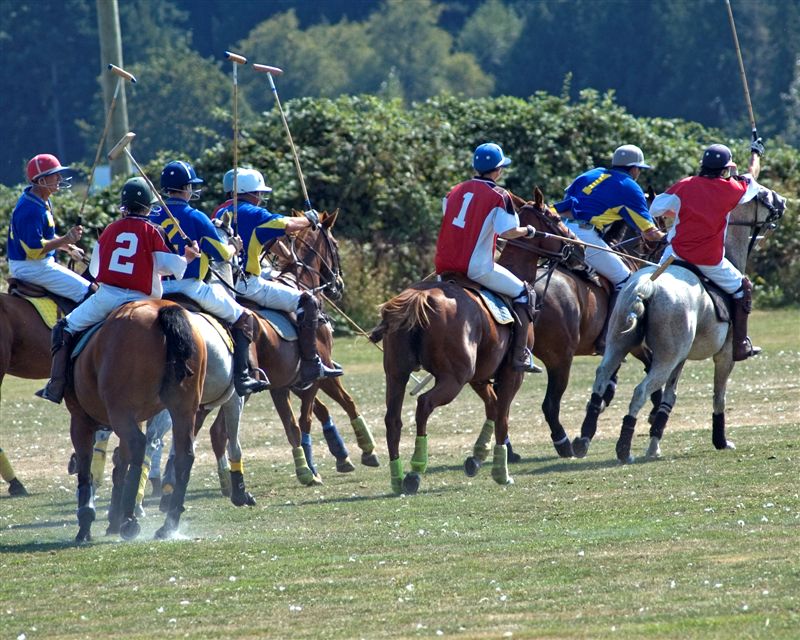 Often described as the most fun one can have on horseback, polo attracts riders, both male and female, of all ages from young pony club members to mature adults. The first step to becoming a player is therefore to visit the Club when games are in progress and, if you like what you see, make yourself known to one of the members. Don’t be afraid to roll up your sleeves and become involved. There is always something to do, and we are a friendly bunch!

While the Club does not currently have ponies to rent, the existing members encourage novices by volunteering time and ponies to run stick-n-ball sessions to teach the basic skills. Once the novices have learned the basic rules, they progress to slow chukkas that the Club schedules before or after regular matches, and it is not long before they are keen to try their hand in an entry level game!!

It is not necessary to purchase full polo gear when first learning the game. Boots that protect the ankles, a riding helmet and riding gloves will suffice for stick-n-ball and slow chukkas. The Club has light mallets and arena balls for the use of novices in the training sessions.

Typically, once bitten by the polo bug, new players will enroll in a clinic run by a professional polo player and, should their enthusiasm carry them forward, they will need to acquire proper protective gear.

In amateur level polo, it is accepted that, providing it receives a full chukka break between the chukkas in which it is played, a pony can play two chukkas in a match. In consequence, most players ultimately acquire two or more ponies to fully participate in Club games. However, the team captains juggle their rosters to ensure that players with only one pony participate to the greatest possible degree.

For more information on becoming a player, please contact us.

We are located within the farmlands on the Peninsula midway between the BC Ferry terminal and downtown Victoria: 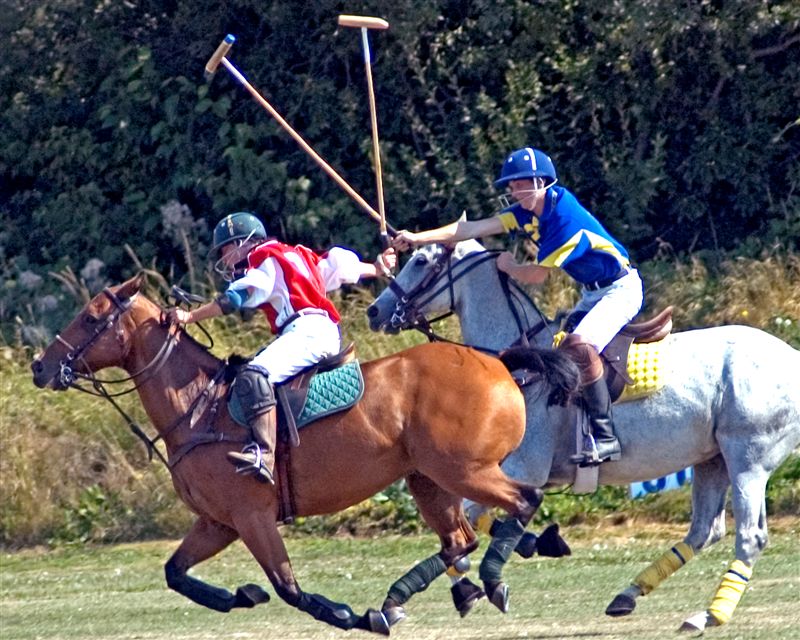